Today, rather than mourn the final chapter of NASA’s Space Transportation System (STS) program, I choose to look to the future of America’s continuing, global leadership as a spacefaring nation. Whether it be the establishment of a permanent lunar outpost, manned missions to Mars, mining of near earth objects, the establishment of space-based solar power satellites, or all of the above and beyond, the next chapters in America’s exploration of space will definitely inspire many generations of our citizens, both young and old.

I was under the flight path of the Space Shuttle Endeavour OV-105 this morning, as it passed over Redwood City, California. The Endeavour, atop the specially outfitted 747, had flown over the Golden Gate Bridge and was on its way to a low flyover of Moffett Field, in Mountain View, to honor the employees and their families at NASA’s Ames Research Center.

The Endeavour was built to replace Challenger, and from 1992 to 2011, flew a total of twenty-five missions. The Endeavour’s final destination is the the California Science Center in Los Angeles, California. 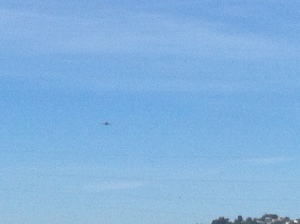 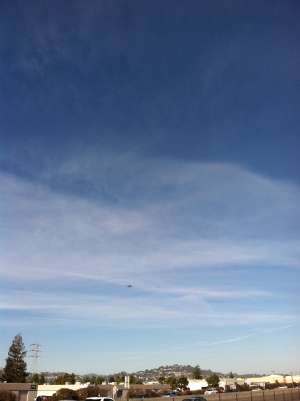 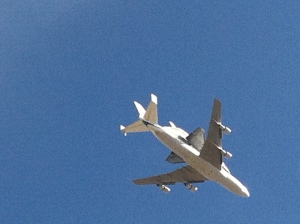 Author of An Irish Miracle, husband, father, and dog lover. View all posts by Rob Mahan

Please sign Citizens for Space Based Solar Power's petition "USA Must Lead the Transition to Space-Based Energy" on change.org.

The contents of c-sbsp.org are not affiliated with any of the individuals, sites or organizations linked to or referenced and they represent the opinions of the site operator, an individual and private citizen. While not responsible for contents of comments made by other individuals, the site operator reserves the right to remove any comments which are deemed inappropriate for the site. Constructive comments, positive or negative, are always welcome.